Like all of my CreXpoCon experiences, this one, Cervid Requiem, began with a visual cue. However, this one was quite different.  It began in controversy.  One of my own making.  But let me roll back the page a bit…. Mike Sepelak, a respected Facebook  /Ofieldstream friend, posted a very interesting, haunting and a bit disturbing … END_OF_DOCUMENT_TOKEN_TO_BE_REPLACED

It was hot as springtime in south Alabama could be. The woods surrounding the lot were dense. Filled with briar, bramble, ivy, itch weed and trees by the thousands. If this was to be a farm, they all had to go. So, one-by-one and swath by swath the young man; new owner of this partial; … END_OF_DOCUMENT_TOKEN_TO_BE_REPLACED

There are, for every fly-fisher, a list of fish they would most like to pursue, in an adventure of a lifetime.  The contents of that list is as varied and the humans making up the list. For some such pursuit is a regular activity; for a few it is daily. But for the majority of … END_OF_DOCUMENT_TOKEN_TO_BE_REPLACED 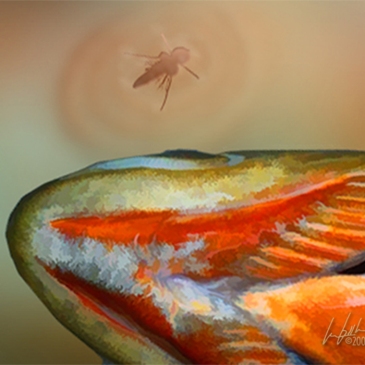 In the late summer heat of wide-open Montana, amid the upper reaches of the Judith Basin, the grass has dried, water – from the higher elevations, some 40 miles away and 3,000 feet higher – is running, slower and clear; and at it’s lowest ebb. From the mid-day to the near-evening, the sun bakes everything … END_OF_DOCUMENT_TOKEN_TO_BE_REPLACED

Nothing moved. Not sound. Not time. Not my mind. Everything was in lock-step frame. Only my eyes were in motion. But not real motion; scanning, perceiving, transmitting. They were only in a primal recording mode. Time – and everything in its being – was on hold. Three months earlier I had set out across the … END_OF_DOCUMENT_TOKEN_TO_BE_REPLACED 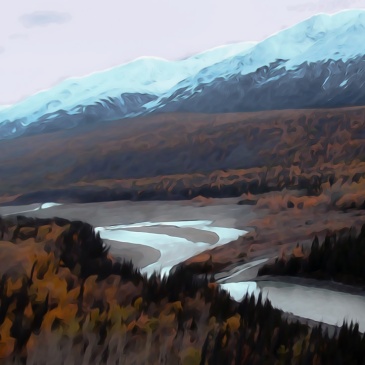 There are writings one can read in which a whole new venue opens.  Such was the case with my first reading of the Robert Service poem, “To the Men of the High North”.  I was thrilled and frightened by the reading.  I was all of 10 years when I first read it.  But I soon … END_OF_DOCUMENT_TOKEN_TO_BE_REPLACED

A Continuum is a continuous succession. Exponential growth doubles in size over regular intervals.

The Creative Exponential Continuum is an effort to bring artists, on all seven continents, together to collaborate on projects covering all forms of artistic expression.